Why do doctors keep us waiting?— excerpt from Birth, Death and Other Trivialities 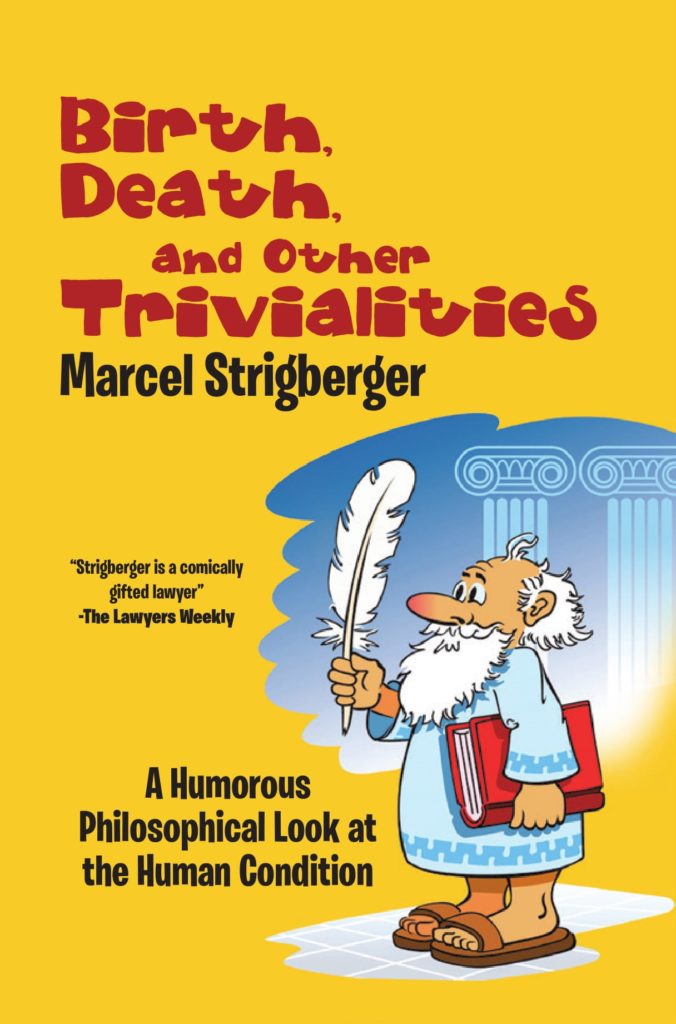 Hi mystery lovers. Enjoy this excerpt. There are some surprises.

Doctors everywhere have one major fault.  They keep us waiting.  I don’t know whether it’s a ritual, a universal habit, or what, but it drives me batty.  When I go to a doctor expecting the worst, I don’t want to be kept waiting for ages before being told I’m a hypochondriac.

I’ve always wondered about the reason for this waiting tribulation.  Do doctors take an oath to keep patients waiting?  Or is it a procedure taught in medical schools, something like, “Waiting 101?”

What would happen if an undercover agent attended a medical school for a while to determine the origin of this annoying practice?  How would the agent’s journal might read?

I posed as a medical student.  For starters I attended the opening lecture for first-year medical students, joining about 350 future white coats in the main auditorium.  Interestingly enough, the class scheduled for 10:00 a.m. did not start until 10:40 A.M.  The professor walked into the hall to a cacophony of class grumbling and told the students they just had their first lesson in practical medicine.  Interesting.

I snuck into an anatomy class.  I had difficulty finding the hall in the basement maze, arriving fifteen minutes late.  I dashed through the hall doors expecting to come upon the anatomy prof dissecting the unfortunate cadaver in front of a captivating audience.  Instead all I saw was the subject lying on a slab with no one else except a philosophy student who had accidentally strayed into the wrong building expecting a lecture in Platonic metaphysics.  He was not convinced he was in the wrong school; he thought the professor was the guy on the slab.

The med students and the professor (the real one) joined us about five minutes later.  I waited for the professor to start cutting but instead he simply addressed his students saying, “Not bad; you kept the patient waiting twenty minutes.  We’ll be trying it soon with a live one.”

I was getting warmer.

My next stop was the library.  I was certain there was some medical literature about the therapeutic benefits of keeping patients waiting.

There was a sign in front of the library: Medical Students Only.

Although I was wearing a white lab coat, I did not want to take a chance and have the security guard suspect me and so in shooting through the turnstile I commented to him, “You look a bit pale today, sir.”

Unfortunately, he tried to engage me in further conversation in the hope of getting a quickie consultation.  I had to think fast, act like a doctor.  I told him, “I’ll look at you; just wait a few minutes please.” This comment put his mind to rest.  A passing senior med student whispered, “Good stuff; keep him waiting.” Yes indeed, I was cooking with gas (not medically speaking).

In the library I scanned the catalogues zeroing in on the history of medicine.  I looked under the letter “W” hoping to catch the heading “waiting” but the closest I came was “warts.”

I then scanned through names of famous physicians including Hippocrates.  No luck.  In fact, there were a few colorful photographs of Hippocrates’ clinic depicting the great physician applying some leaches to a patient’s back.  But the pictures did not show anyone waiting in the reception area.  The captions however did offer a clue.  One of them read: “Hippocrates, circa 395 B.C., before the days of anesthetics, antibiotics, and waiting rooms.”

I fast forwarded to the Middle Ages––to the 1100s and bingo!  A picture of the great medieval healer Maimonides trying to keep a safe distance from a pockmarked patient with twenty other similarly pockmarked souls in an adjoining room.

In the room was a receptionist pointing to the patients with the caption reading, “The doctor is busy today.  Now who has number twenty-one?”

The picture was entitled, “Maimonides.  Have a seat.” Ah ha!!

I scrolled ahead to fourteenth century England.  Lo and behold, there was an excerpt of one of the lesser-known of Chaucer’s Canterbury Tales called “The Doctour’s Tayle.” It starts off with a patient complaining, “Damn it, I’m not waiting any more for that quacke.  A plague on him.”

It is obvious the roots of modern medicine were firmly entrenched in the Middle Ages.

It occurred to me there was one exception to the waiting rule, and this is at the psychiatrist’s office.  A shrink is obsessive about patients arriving at the appointed time.  Why?

I noticed a psychiatry class commencing shortly.  I arrived with about two minutes to spare.  Only the psychiatry professor was in the classroom.  As I was about to take my seat, she told me I was two minutes early.  She suggested I was anxious and compulsive.  I was going to tell her she was crazy, but I was too busy trying to shrug that library security guard off my shoulder, as he was pursuing me for that consultation.

I had had enough.  I told the guard his ruddy color had returned and that in any event I was dropping out of medical school.  “Too much waiting around,” I remarked.

Like the mysteries of the Bermuda Triangle mortals may never understand the enigma of waiting for doctors.  Perhaps some puzzles are best left unsolved.  For now, I will do the best I can under the circumstances.  No doctors for me.  I am going off to the nearby corner store and I am buying myself an apple.

As for me, I will still go on thinking about the mystery next time I am cooling my heels waiting to be seen by the doctor.

Birth, Death and Other Trivialities, A Humorous Philosophical Look at the Human Condition, is available in eBook and paper versions on Amazon, Apple books etc., and wherever books are sold. Please click on books page  to check out links for some of these sources.