Rail tales-excerpt from Poutine on the Orient Express: An Irreverent Look at Travel 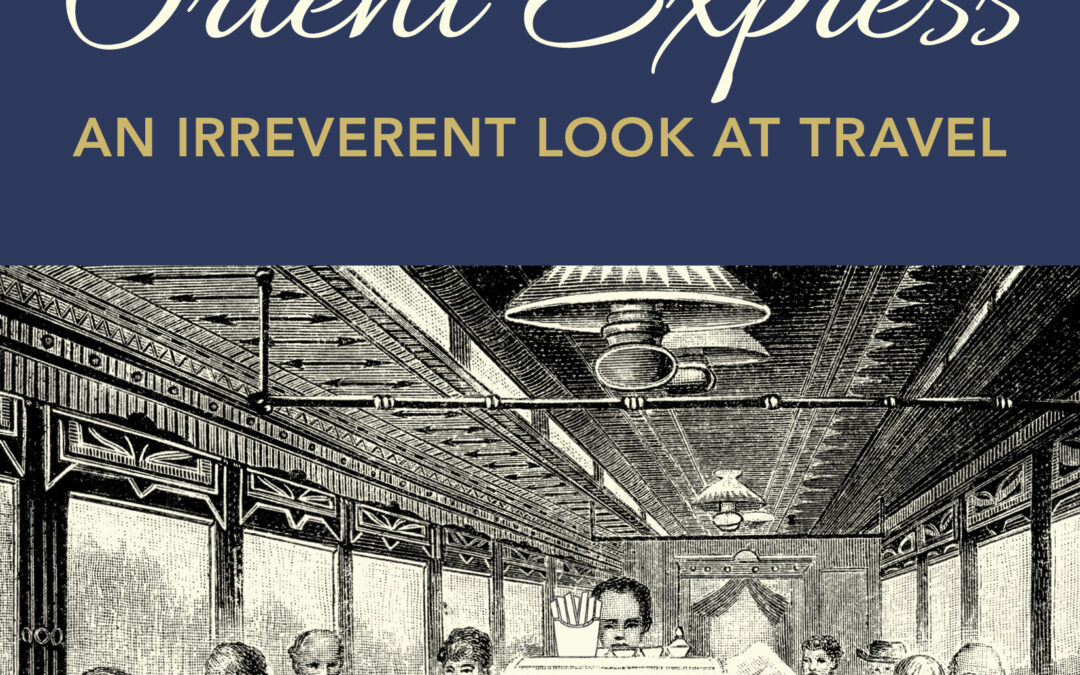 Done with Covid? Longing for the joys of  travel? Here’s an excerpt from Poutine on the Orient Express: An Irreverent Look at Travel. Still want to take the train?

Something else I have never come across on a train trip is a real, full-fledged murder. Not that I want to ever come across one. It’s just that after seeing all those train movies over the years, you kind of expect a little nefarious action. I vividly recall that fight sequence in From Russia With Love, where James Bond and that SPECTRE agent played by Robert Shaw fight to the death in a train compartment, for what seems to be an eternity.

I am also thinking once again of the Orient Express, or murder thereon. I suppose the downside of being on a train—were there to be foul play—would be that I could become a suspect. And I really don’t need that.

When I travel from Toronto to Montreal, I wouldn’t care to hear a sudden scream as the trains roars by the station in Oshawa, followed by an announcement that there has been a homicide on the train and that all the riders in wagon 4509 are suspects. And then some gentleman looking like Hercules Poirot comes into my compartment and asks me if I had any reason to liquidate the Count. I would ask which count he was talking about, and he would say, “Aha, pretending not to know Count von Schimmel. What else don’t you know? My assistant will search your bag.”

Before I could say more, the assistant would rifle though my hand luggage, and, “Aha! Poutine! A possible murder weapon!”

My pleas that I am being framed go unheeded.

At this point, I direct the detective to that nonagenarian next to me, bearing a close resemblance to Maggie Smith. Statistics have shown that 85% of all murders committed on a train are committed by people looking like her.

As he is about to question her, a shot rings out. The detective and his assistant rush out, leaving me alone with Maggie Smith.

I also leave the compartment with a view to getting off at the next station. En route, I stop at the snack-bar car, where I pay $5.50 for a bottle of Heineken. I tell the vendor to hold the plastic cup. I don’t want to risk being accused of carrying a weapon.

I jump off the train just past Belleville. It isn’t Istanbul, but at a time like this, who needs ambience?

Next trip, I think I’ll take the bus.

Poutine on the Orient Express: An Irreverent Look at Travel, is available in eBook and paper versions on Amazon, Apple books etc., and wherever books are sold.  Please click on books page  to check out links for some of these sources.