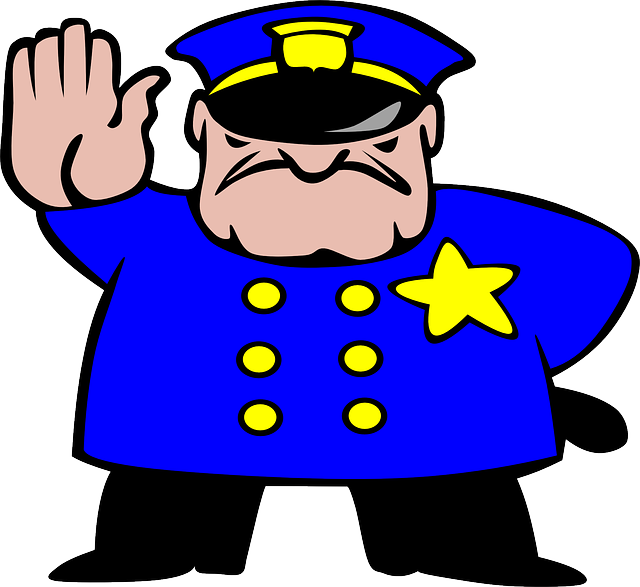 The greatest job in the world is to be a police officer. Specifically I am referring to the cops who serve at sporting events and enjoy the game while getting paid for this strenuous effort.

I’m an avid baseball fan and I can’t help but notice the handful of privileged lawmen enjoying the perils of their profession at the ballpark. Their worst downside perhaps is stepping on some sticky dried up Coke.

My question then is, how does a police officer get this assignment? Is it seniority? I doubt it as I often see younger officers there. Probably these officers were saints in their previous lifetime, and they have returned now to be rewarded to a life of living out everyone’s childhood fantasy. Perhaps one of them was originally a passenger aboard the Titanic who helped others get aboard life rafts. Eventually his soul returned to earth and Providence rewarded him. The angels upstairs had a chat:

“Gabriel: What do you say we return this guy as a cop and send him to the Rogers Centre. He deserves a cushy, soft, fun job doing nothing and getting paid for it.

Raphael: O.K. Gabriel, it’s either the Rogers Centre or the Senate.”

On the other hand maybe there is an element of skill in the position and the officers actually practice and compete for it. I am thinking of the officers at Blue Jay games. In front of each dugout you have two officers seated watching the game. They clap and cheer with the rest of us. Once the half inning is over, they stand up and turn around and scowl at the spectators. Once play resumes they sit back down and continue to enjoy themselves.

The element of skill here is obvious. They must demonstrate the undisputed ability to be able to sit through a half inning and then get up instantly, do a pirouette around and scowl. It’s really in the face. They have to look mean, like a cross between Cruela de Vil and Count Dracula.

Presumably there is an aptitude test, to assess psychological proficiency. The questionnaire probably reads like:

Answer choices such as “c” and you’re in.

As well I imagine they all practice vigorously for that big interview, rehearsing by sitting in front of dugouts at their local parks. Then they practice the flip around and that scowl.

Only the best cops make it. Actually the force has to be credited for its wise selections to date. I know of no instance where mobs have descended upon the Blue Jays dugout and made off with the Gatorade.

The Toronto police motto is “To serve and protect”. I think a more accurate motto, reflecting the true wishes of the majority of the officers anywhere, would be, “Take Me Out to the Ballgame.”